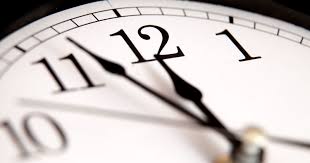 By Sasha Carrico and Lucie Jeeter on March 4, 2019

By Sasha Carrico and Bryson Wyatt on March 4, 2019

The 91st annual Academy Award show, The Oscars, premiered on Sunday Feb. 24 in the Dolby Theatre in Los Angeles, California. For the first time in 30 years, the awards did not have a host. Kevin Hart was originally supposed to take this role, but was asked to […]

By Dominic Marcinelli and Sasha Carrico on January 22, 2019

On Sunday, Jan. 6th, the 76th annual Golden Globes premiered on NBC. The award show recognizes outstanding achievements in film and television. This year’s show was hosted by comedian Andy Samberg and actress Sandra Oh. Before the awards, there was the traditional red carpet show with the stars […]

Mt. Hebron Performs “The Lion, The Witch & The Wardrobe”

By Sasha Carrico and Lucie Jeeter on December 14, 2018

From Nov. 30 through Dec. 8, the Mt. Hebron Theatre Company presented “The Lion, The Witch & The Wardrobe.” The play is adapted by J. Robinette and based on the works of C.S Lewis. It was directed by Theatre teacher Mr. Steven Barker and Math teacher Mr. Tom […]

By Sasha Carrico and Lucie Jeeter on October 5, 2018

The Howard County Council has recently decided to tear down 19 buildings on Old Ellicott City’s Main Street to prevent any future flooding from destroying the town. The most recent flood in May of this year destroyed the historic area for the second time in two years. The […]

By Sasha Carrico and Alexis Croft on October 4, 2018

What are you doing in quarantine?

DM us on instagram @mth_mountain and let us know! Your fun activity could be featured here.